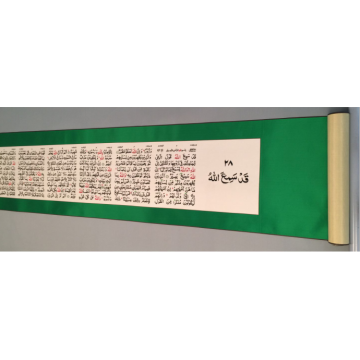 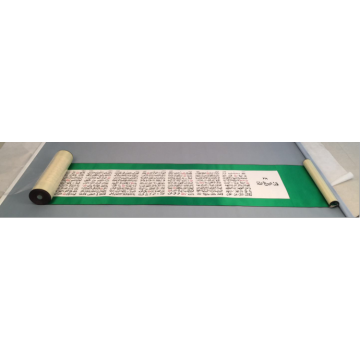 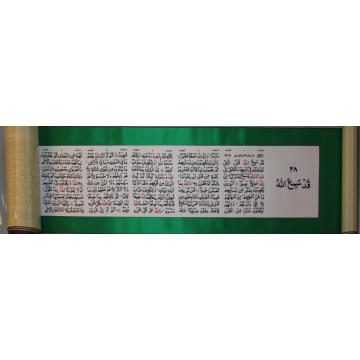 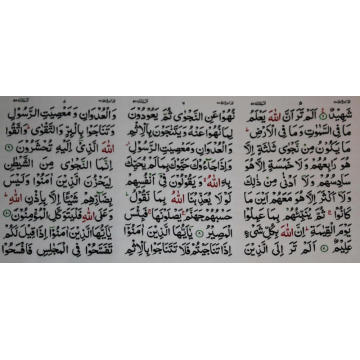 Private Customization: We have a ready-made Qur`an, guaranteed to be correct and free from mistakes. Customisers can also specify and provide production versions.

The {Koran} is the most important scripture of Islam. Muslims believe that it is the revelation of Allah and that Allah gave the Prophet Muhammad through an angel dictation. It began in 609 AD and finally ended in 632 CE . Recognized as the best Arabic writing literary work, guide to Muslim life, the Holy Spirit can not be changed. Respect for the Qur'an is a major part of Muslims' performance of their religious beliefs, and they are respected by them.

In the beginning, the Qur'an records were recorded by characters, carved in leather, dates leaves, animal skins bones, and white slate.

In about 650 years, the third caliph Osman Ben Affan noticed that there was a slight difference in the reading of the Qur'an because Islam had spread to the Persian, Levant and North Africa regions outside the Arabian Peninsula. In order to preserve the holiness of the scriptures, he ordered the formation of a team headed by Sabit who was responsible for compiling the official revision of the Koran. This version adopted the Quraish dialect and sent multiple copies to the all center of the empire . At the order of Ottoman, other versions of the Koran were recovered and burned. Qur'an scholars all agree that the Ottoman revision of the Qur'an has been delayed until now.

The Qur'an stimulated the development of Islamic art. The Arabic alphabet quickly developed artistic writing, especially the calligraphy and color printing known as the Qur'an art. Since the development of Islam, there have been about 6 billion Muslim believers all over the world. Out of the Qur'an's holy deities for Muslim followers, many Muslim countries and universities have established Koranic research institutions dedicated to the unified printing and proofreading of the Koran. Due to the rigorous production of the Koran, our company specially hired a scholar to carry out proofreading and supervision work during the daily production process. Our company's current edition of the Qur'an has also been proofread by professional scholars of international Islamic institutions, ensuring the correctness of the product's writing.

Mounting :Chinese traditional mounting ---Soft mounted (Can be called the best in the world)

Looking for ideal Hand Embroidery Islamic Divine Customize Manufacturer & supplier ? We have a wide selection at great prices to help you get creative. All the Arabic Islamic Element Single Sided are quality guaranteed. We are China Origin Factory of Religion Calligraphy Gift Collection. If you have any question, please feel free to contact us.

Email to this supplier
Other Products
Go to
Inquiry Basket >